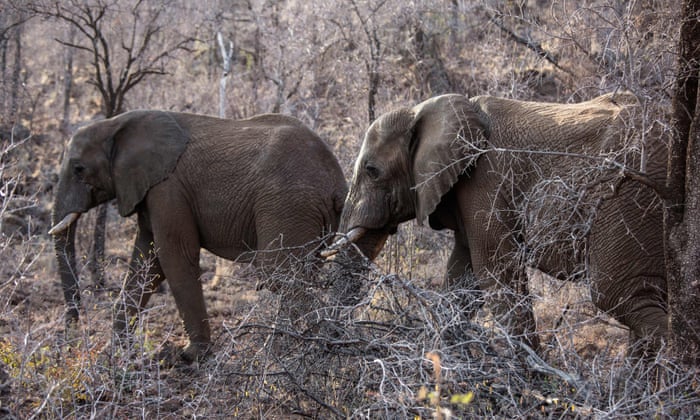 Elephant poaching rates in Africa are declining, according to a study published in the journal Nature Communications.

The annual poaching mortality rate fell from a high of more than 10% in 2011 to less than 4% in 2017, but the researchers warned that current levels were still unsustainable and could spell trouble for the future of the animals on the continent.

The team, from the University of York, University of Freiburg and the Convention on International Trade in Endangered Species, analysed data from 53 protected sites across 29 countries between 2002 and 2017.

They observed a decline in the annual poaching mortality rate – the percentage of elephants killed through poaching each year – and found it was linked with reduced demand for ivory across China that may be linked to a drop in the Chinese economy. The number began to fall before the introduction of a ban on ivory trade in the country in 2017, they said.

Differences in poaching between sites was found to be linked with levels of corruption and poverty.

“We are seeing a downturn in poaching, which is obviously positive news, but it is still above what we think is sustainable so the elephant populations are declining,” said Dr Colin Beale, co-author of the study from the University of York.

“The poaching rates seem to respond primarily to ivory prices in south-east Asia and we can’t hope to succeed without tackling demand in that region.”

The researchers called for continued investment in law enforcement to reduce poaching, alongside action to cut ivory demand and tackle corruption and poverty.

Severin Hauenstein, from the University of Freiburg, said: “This is a positive trend, but we should not see this as an end to the poaching crisis. After some changes in the political environment, the total number of illegally killed elephants in Africa seems to be falling but, to assess possible protection measures, we need to understand the local and global processes driving illegal elephant hunting.”