Recently at Tswalu Kalahari, a cheetah gave birth to five cubs… beautiful bundles of claws and fur that spend their days climbing on mom, pulling her tail and playfully stalking and biting her. Unfortunately, only a few of these little cubs have a chance of reaching adulthood and independence in the African Bush. Percentage wise, only 50% live to be three months old and even fewer will make it to a year old.

Mother cheetahs have an extremely tough time protecting their young from predators such as hyenas and lions. It takes a lot of skill to be a good cheetah mom. She cunningly hides her cubs in tall grass or thickets and moves them frequently. In the Kalahari, the cheetah mom may need to leave her cubs unattended for long periods while she hunts, and they are extremely vulnerable during this time. But by the time they are six weeks old, they are able to stay with her as she moves through the grasslands. 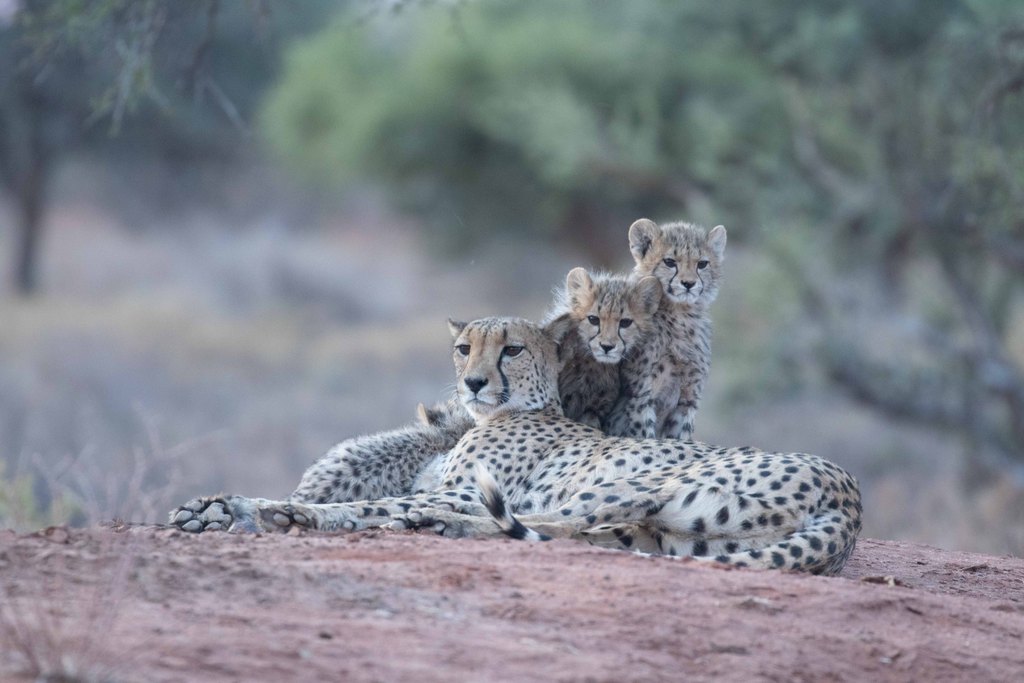 The mother cheetah will nurse her cubs until they are about three months old, but they start tearing at meat from as young as five or six weeks old. A few weeks later they are fit and strong enough to follow mom when she hunts small mammals and even birds, and start to learn the art for themselves. The cheetah mother will often bring live prey back to her young and teach them how to kill. They start hunting from about eight months and by twelve months are able to make their own kills.

Cheetah cubs normally leave their mother at between 12 and 15 months old. Young males may form coalitions that last for life, allowing them to be much more effective hunters and go after larger prey. Females may stay with their male siblings initially but typically disperse a few months later and conceive before they are two years old.

Cheetah females are not territorial so it is possible that the mom and five cubs at Tswalu will decide to settle in an area close to each other where guests will have the opportunity to see them often and follow them as their lives unfold.