A group of three students and their professors from the College of Design and Innovation at Tongji University recently visited Hluhluwe-iMfolozi Park as part of a campaign in which students utilize creative design skills to inspire change within their communities. The initiative, known as the “Xi” – meaning both rhino and cherish – campaign has been a part of the university’s formal curriculum for the past two years and is the outcome of a partnership between Peace Parks Foundation and Tongji University.

Each year, Peace Parks Foundation brings the top performing students to South Africa where they educated on the reality of the rhino poaching crisis through direct interaction with people who have been involved in rhino conservation for many years.

“This an opportunity for them to come to the South African bushveld and immerse themselves in the subject of rhino conservation. Their time here is spent gaining a deeper understanding and appreciation of that which influences and informs some of the design activities that they are engaged in China,” says Brad Poole, Peace Parks’ Chief Operations Officer. 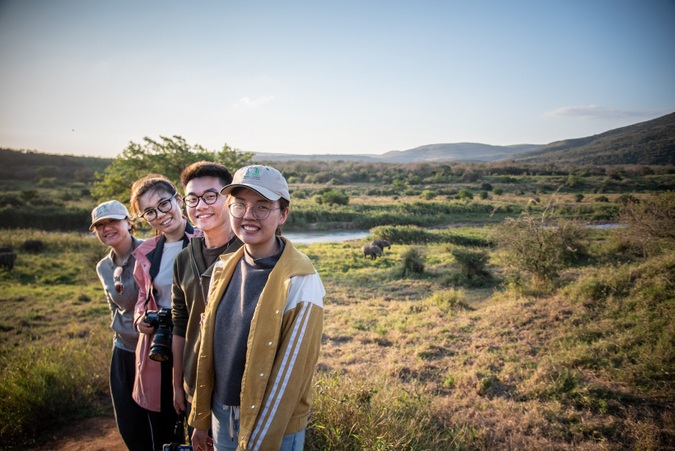 Through workshops students heard personal accounts of the costs involved in anti-poaching operations, the sacrifices it demands and the rewards when animals are saved. In turn, the students shared a bit of Chinese conservation history and provided an in-depth overview of the research involved in creating their designs.

Jabulani Ngubane, Ezemvelo’s park manager for iSimangaliso Wetland Park, commented, “I was very happy to see people from China take the initiative to change perceptions, especially those of the youth, because if you want to make a real investment, that is where you start.” 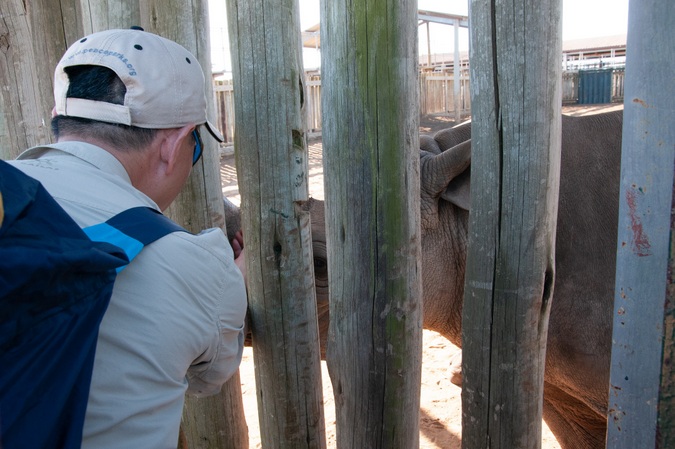 For Edward Goosen, Cluster Conservation Manager for the Mkhuzi section of the Isimangoliso Wetland Park, the experience of engaging with the students was memorable. He says, “At times you may feel that you are fighting this battle on your own. Coming out here and hearing other people’s perspectives and seeing how they are holistically addressing the problem is really encouraging.” 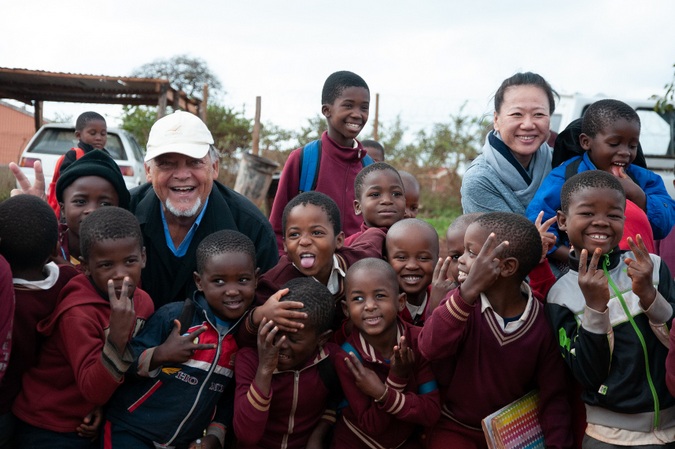 The class of 2018 created an array of innovative design concepts to convey the message of rhino protection that included a range of merchandise, educational games and interactive e-books, with one group even writing and recording a beautiful song to underscore an animated story on the issue.

The winning team this year created a beautiful reimagination of a bookmark for the modern world.

Design student Hao Siqu explains, “Our project looked at developing a range of bookmarks that people will find in bookstores. It has a pop-out panel which can be folded into a small rhino origami figurine. The figurine can then be scanned with a cell phone which will direct the user to a website containing rhino conservation information. The remaining part can be used as a beautiful bookmark and when placed correctly, it would seem as if a tiny rhino is peering from out of the book. People will also be able to donate towards the cause from the accompanying online social and interactive platform”. 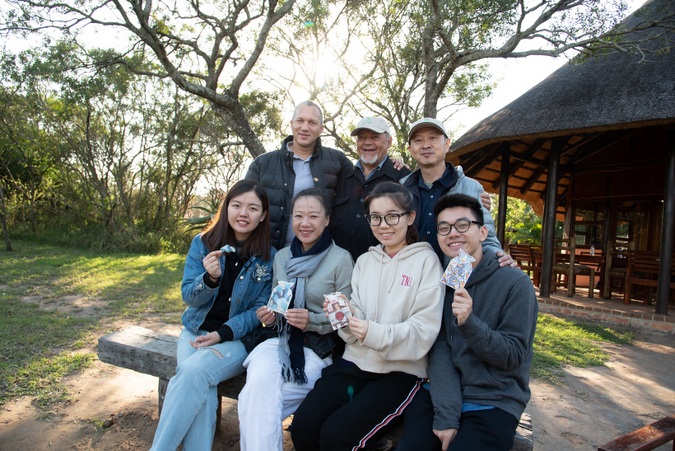 Reading physical books bought from bookstores rarely happens in western countries as people tend to order books online, or use e-readers. In China, however, reading books in cosy stores offer a relaxing haven from buzzing and over-crowded streets and malls.

It is still a large part of Chinese culture and with this modern rethink of the traditional bookmark design, it is hoped that a very wide audience will be reached and engaged. 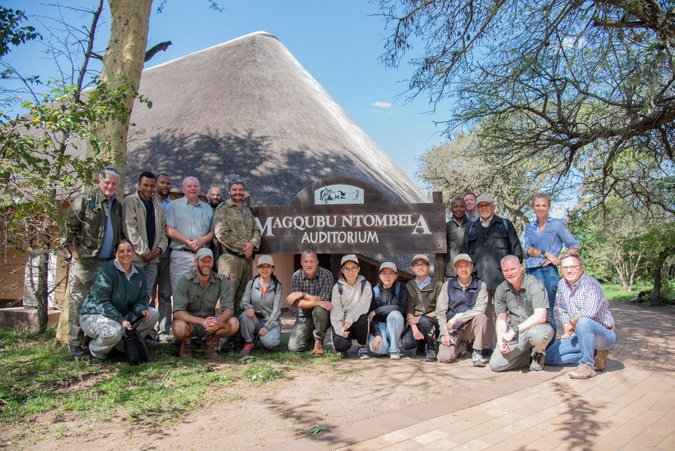 After listening to the students present this idea, Jeff Cooke head of KZN Wildlife’s Game Capture Unit, said, “I think the way they are tackling the problem is very innovative. It is remarkable how they are trying to get into the psyche of the Chinese people and their culture, how they’ve managed to tap into digital media, and how they can manipulate those processes to get their message across. We as game rangers are not always able to think along those lines, so it was interesting to see how they perceive the problem and the different solutions that they’ve come up with. Awareness is what it’s all about, and the long-term strategy that we must aim for is to change perceptions and make it socially less acceptable to consume rhino horn.”

This project is quickly gaining momentum. Mix Lab, which is a Tongji University-enterprise exchange and practice platform, brings together technological innovation, creative design and cultural strengths. The Lab identifies viable designs to produce and take to market, thereby increasing the awareness impact and reach of the projects. Reflecting on the road ahead, Dr Liu Jing, who heads up Mix Lab, said that her experiences during her visit here has inspired her to work even harder to secure a future for wild animals and the spaces they live in. 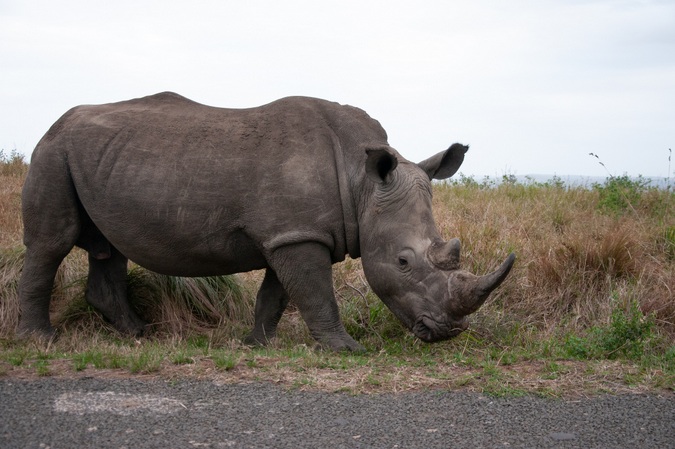 Several universities from other large cities in China have approached the partners to launch similar projects in their institutions. Prof Cai Jun joined the group on their visit to South Africa and will be launching a similar project at Tsinghua University, Beijing later this month.

Doug Gillings, Manager of Peace Park Foundation’s Combating Wildlife Crime programme, shared, “The programme has grown so much; it started off with one university and now we’re expanding to others who are looking at how to include this into their formal curriculum, which is really significant. I think there is huge potential to partner with even more organisations in China to share the benefits we have in Africa and thereby reconnect them with nature.”