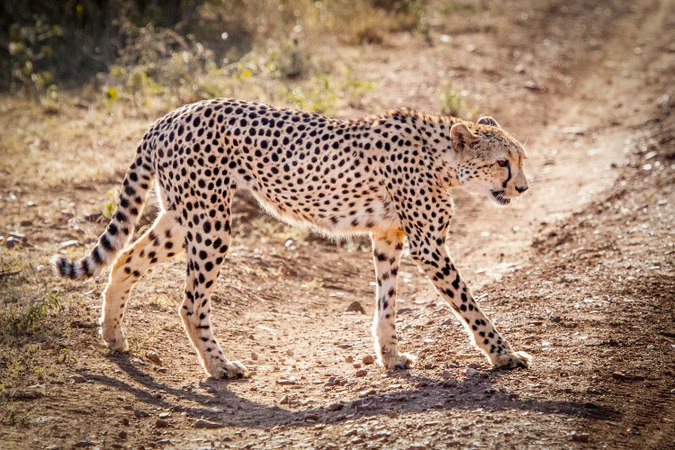 With only around 7,000 cheetahs left in the wild, these elegant and striking cats are currently listed at ‘Vulnerable’ on the IUCN Red List, with many conservationists calling for their status to be changed to ‘Endangered’ due to their rapidly decreasing population. This decrease in cheetah numbers is due to numerous factors, including their vulnerability to larger predators, lack of prey to feed on, and habitat loss, but the main the reason behind the population decline is, not surprisingly, humans.

However, there is still hope for cheetahs. Conservation work in Africa is being done to ensure the long-term viability of cheetahs in small fenced reserves, as well as promoting the long-term genetic and demographic integrity of the metapopulation.

This is why it was so exciting when it was discovered that a new cheetah female, that was introduced to the Manyoni Private Game Reserve last year, successfully gave birth to a litter of four cubs! 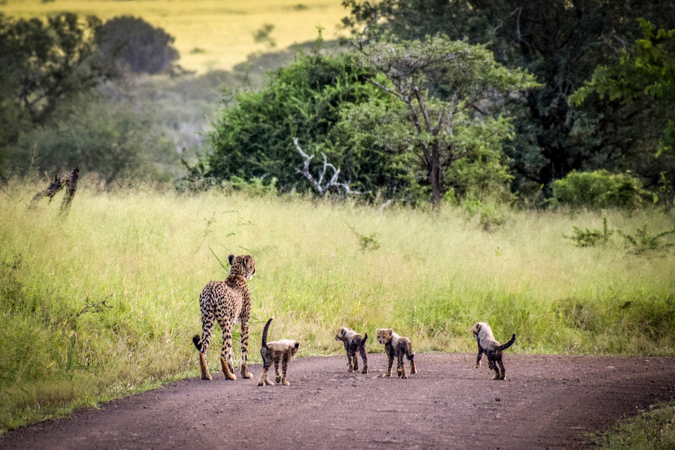 The cheetah cubs were first spotted by the Wildlife ACT team, who have been monitoring the female cheetah closely. At just six weeks old, they were still sporting their adorable ‘honey badger’ outfits, which is thought to help deter predators as honey badgers are notoriously aggressive animals that most animals give a wide berth.

This female is only the second female cheetah introduction ever performed at Manyoni Private Game Reserve. It was done because the founding females in the reserve are ageing and will soon not be able to reproduce anymore, and the existing population within the reserve is saturated with their genes.

Genetic variety is vital to the long-term viability of cheetahs so we are extremely happy that she managed to produce cubs after being in the reserve for less than a year. Raising four cubs is certainly going to be a challenge for a first-time mother, but we’re rooting for her and hoping she goes on to produce many more generations of cheetahs! 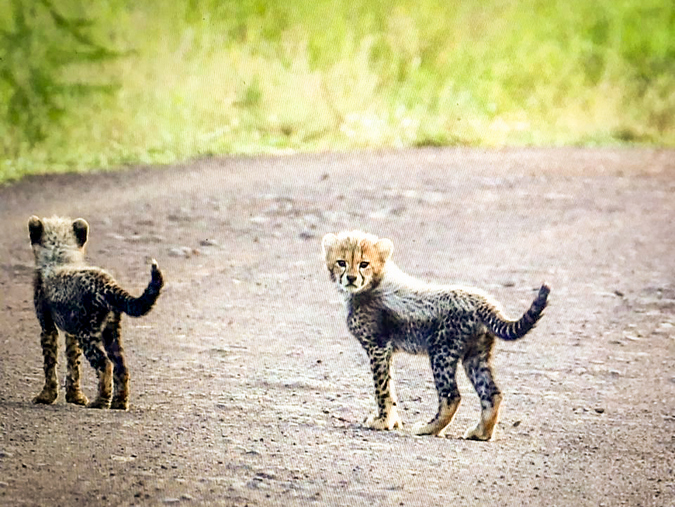