“It’s been a lot of information to take in over the last few weeks and months. It’s overwhelming, but it’s also inspiring to see what we’re made of in times like these. The beauty to come out of it, the generosity, the service — the humanity.”

In the matter of survival, the primitive parts of the brain overtake the conscious parts. The instinctive part of your brain kicks in when danger is happening, some feel it in the times of uncertainty and crisis, or some may feel it when facing a lion or elephant on a walking safari.

Now more than ever, we need to focus on faith over fear. Humans are resilient beings. Anthropologist, Margaret Mead studied the femur bones of ancient humans and found that some showed evidence of healing. She considered this the first sign of civilization. In the wild, you are considered one of the weaker of the herd if you are injured, and as good as dead. The fact that the bone healed meant that someone stayed with the injured person for long enough to help them recover. This reflects the humanity in us. The ability we have to help and relieve each other’s suffering.

It’s these intricate behavioral occurrences that draw us to the animal kingdom – to become our own David Attenboroughs of Africa. Analyzing behaviors and simplifying life’s complex constructs into simple fight, flight or freeze reactions. I think the fundamental pillars of humanity can be seen in wildlife — characteristics such as morality, reciprocity, empathy, and altruism (behavior of an animal that benefits another at its own expense).

Being no expert, not as far as our guides or anthropologists are concerned, nevertheless one might indicate that the empathy showed in our ancient ancestors is what started humans on the path to civilization, but in my opinion, nature already has an array of supportive and empathic emotions displayed by all kinds of wildlife animals. 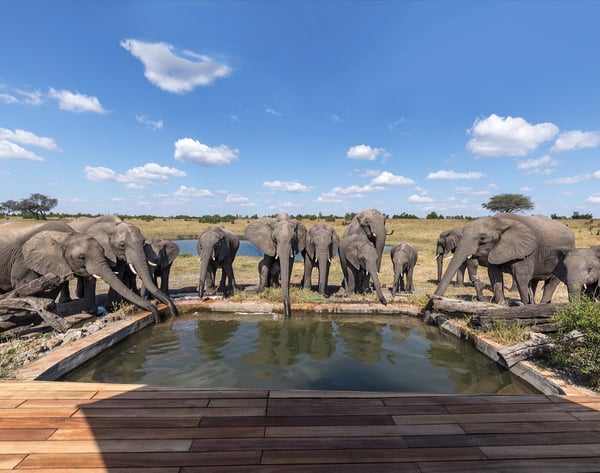 Elephants are genuinely empathic animals. Our logo is a subtle nod to these incredible animals who have a strong social structure. They are an extraordinarily strong community led by a single caring matriarch. They are intentional in their actions, and there’s a reason elephants have come to  symbolize elegance, intelligence, memory, empathy and gentleness. Scientists have discovered that they display emotional contagion. This means that they notice if others are in stress and try to soothe each other. When startled or threatened in the wild, they form a circle around the weaker and younger members of the herd, where they caress their herd mates to soothe and calm each other down. 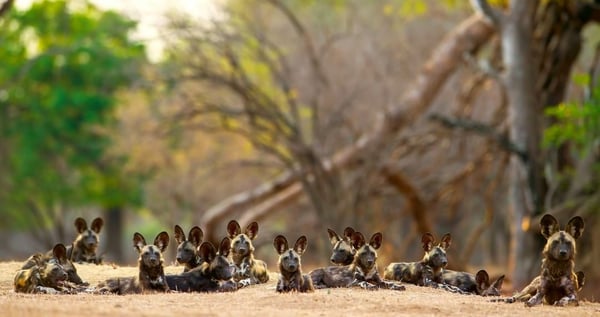 Wild dogs have a unique and caring bond with each other, and while they tend to have a ‘bad rap’ because of their wildly successful hunting technique when observing their interactions in the wild, it’s hard to not fall in love with them. Perhaps because we relate them to our own man’s best friend, they display a playfulness and endearing nature that makes them captivating to watch. They let their pups take priority in feeding, and they protect each other from harm if one is injured or ill. There is only one mating pair, and even once the female is pregnant, and technically, his job is done, the male protects her and cares for her and the whole pack contributes to looking after the pups. 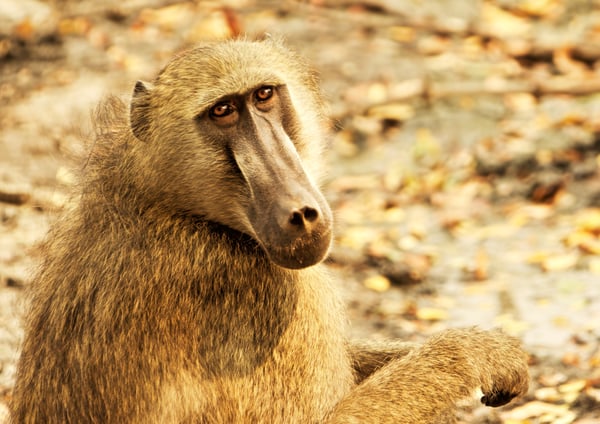 The book, ‘The Soul of the Ape’ by Eugene Marais, tells a story of two male chacma baboons who go on a death march to protect their troop. The baboons attacked a leopard that had been terrorizing and killing them. Both the baboons and the leopard died in the tussle, but the longevity of the troop was safeguarded. This displays the overall altruism of these highly intelligent animals, even if it is led by hints of testosterone.

We are an incredible species that has learned to adapt and evolve. Our core intention at African Bush Camps is to ‘Share and Conserve Africa Together.’ That means something a little different in every part of what we do, but we each feel proud as we fly the flag for Zimbabwe, Botswana & Zambia.