Nine lions made history this past week when they were translocated to Liwonde National Park in Malawi, returning the species to the park for the first time in 20 years.

On the 22nd of August 2018, conservation non-profit African Parks, in partnership with the Department of National Parks and Wildlife (DNPW), and with support from the Dutch Government, the Lion Recovery Fundand the Leonardo DiCaprio Foundation, announced the completion of a series of lion translocations from South Africa to Malawi. Wild lions have been reintroduced to Liwonde National Park two decades after a breeding population was present. Seven lions from South Africa joined two males brought from Majete Wildlife Reserve in March to re-establish the species in the park. 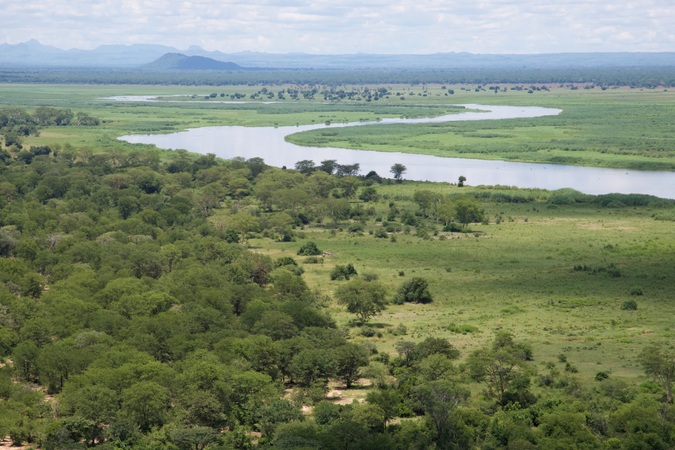 Their arrival also follows the recent reintroduction of cheetah to Liwonde in May 2017, as part of a wider initiative to restore predators to the region. This translocation also included introducing an additional five lions into Majete from South Africa to enhance genetic diversity of the founder population in the reserve, where the predators were also reintroduced by African Parks in 2012, years after being poached out.

These latest introductions highlight the ongoing restoration of Malawi’s natural heritage by the Malawian Government and African Parks for the long-term benefit of the people of Malawi. 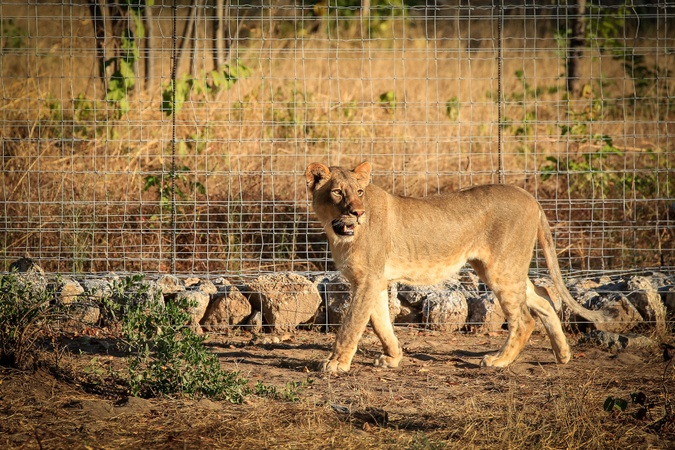 “We are immensely proud of the restoration of our country’s parks and are committed to ensuring the ongoing protection of these extraordinary national assets” said the Director of the Department of National Parks and Wildlife, Brighton Kumchedwa. “The reintroduction of lions and other emblematic species form a core part of this vision, enabling the rejuvenation of wildlife populations, enhancing tourism and socio-economic development, and contributing to the well-being of those living around the parks”. 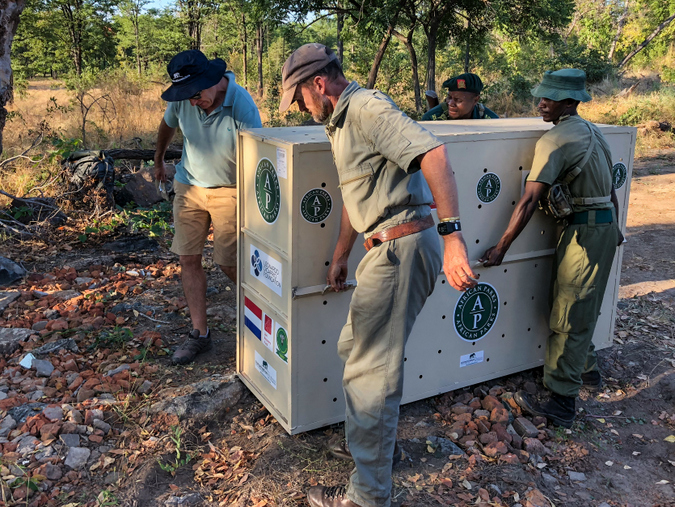 Lion in crate moved to boma in Liwonde © Frank Weitzer

With infrastructure and security in place allowing a prey base to recover, African Parks began the process of reintroducing wildlife. 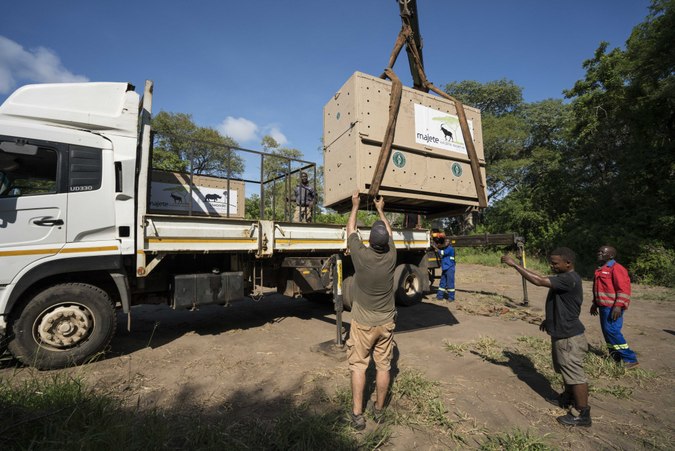 The latest translocation marks the return of an iconic predator to Liwonde but also represents a new chapter for Majete Wildlife Reserve.

In addition to the seven lions sent to Liwonde from South Africa, five lions were introduced into Majete, bringing the reserve’s population up to 17 while ensuring greater genetic diversity. The new arrivals, fitted with tracking collars to facilitate daily monitoring, were released on Wednesday August 15th into the wider park from enclosed bomas which supported their adjustment and social bonding. 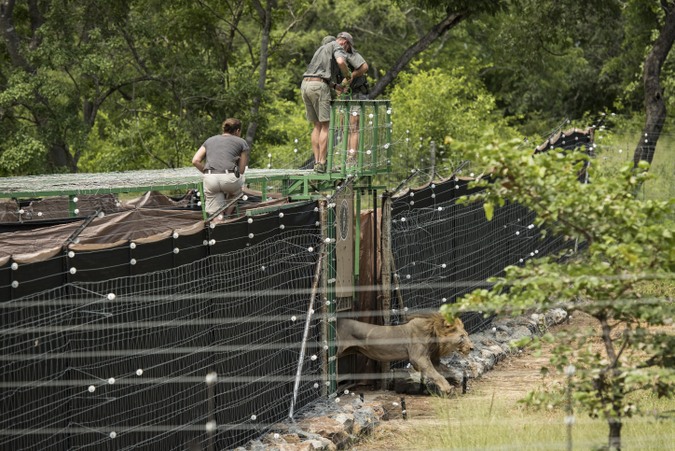 Lion released in to boma in Liwonde © Sean Viljoen

A century ago, Africa contained more than 200,000 wild lions but in recent decades, habitat loss, human-wildlife conflict and diminished prey have caused Africa’s lion population to plummet to just fewer than 20,000, eradicating them from up to 90% of their historical range. Lions are now extinct in 26 African countries, but Malawi has become a bright spot among efforts to conserve the species. 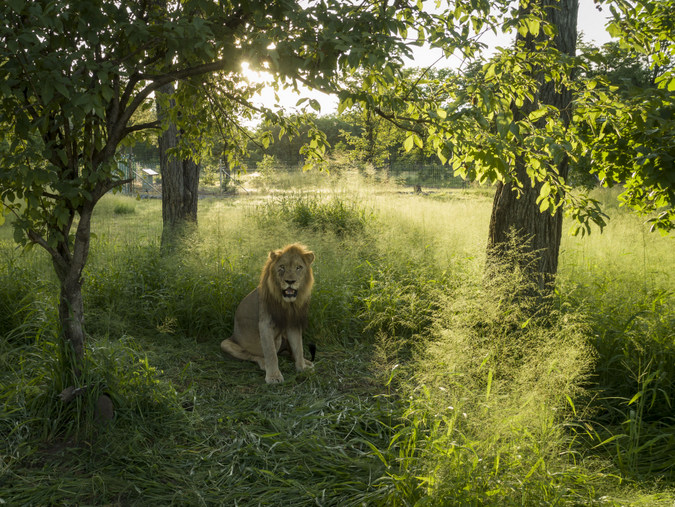 “Alongside Malawi’s Government and people, African Parks has shown what the pinnacle of lion recovery looks like,” said Dr. Jeffrey Parrish, Vice-President of the Wildlife Conservation Network, founder of the Lion Recovery Fund. “Rewilding Malawi’s parks and restoring this flagship predator to its past domain serves as a beacon of hope that we can indeed recover lions and their landscapes across Africa, with and for communities and economies.” 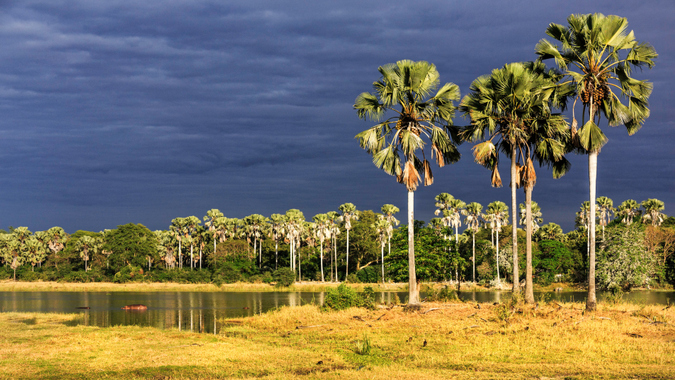 Predators serve an important ecological function. “Bringing back lions restores a key species that is critical to the healthy functioning of the natural system” explains Patricio Ndadzela, African Parks’ Deputy Director of Conservation, “Symbolic of the Malawian Government’s commitment to revitalising its parks and wildlife, the translocation also contributes to the establishment of a significant national predator population and to the development of sustainable tourism economies to promote local livelihoods and socio-economic growth”.

“Parks are the cornerstones of conservation and rewilding parks with their top predators makes a park complete,” said Justin Winters, Executive Director of the Leonardo DiCaprio Foundation. “We are honoured to support the bold actions of African Parks through the Lion Recovery Fund.”

Watch the video, Lions Return to Liwonde, from African Parks below