Struck with two poison arrows, this 45-year-old bull elephant faced a slow and painful death without intervention. Luckily, he was observed limping through Tsavo National Park in Kenya by a pilot from The David Sheldrick Wildlife Trust (DSWT) – which operates ten de-snaring teams in the region – who called in ground teams to treat him. After a dramatic and successful operation that involved a helicopter, fixed wing aircraft and numerous vehicles, he’s on the mend.

The elephant was initially observed late evening of 22 July 2018 as daylight was fading, making any operation to treat him at night too dangerous. Early next morning, DSWT pilots flew a Kenya Wildlife Service (KWS) vet to the scene while ground teams prepared for the challenging operation in dense bush, which limited access and visibility for the rescuers. 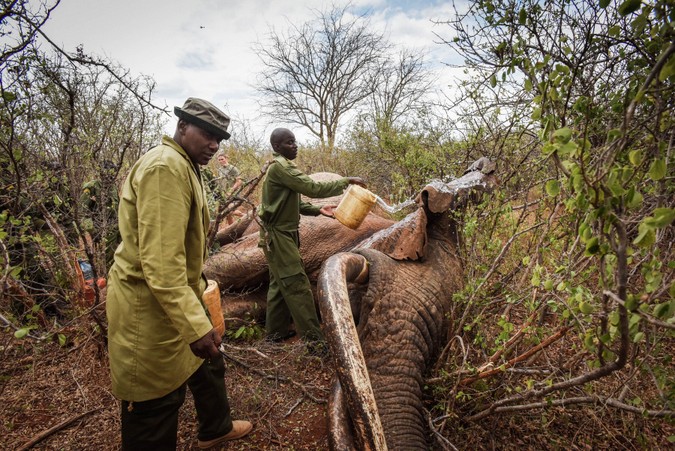 The elephant was moved out of thick bush and into a clearing where he was darted by the vet from a DSWT helicopter hovering above, ensuring the team could have enough space and time to treat the elephant. Once sedated, the vet cleaned the animal’s first wound, cutting away rotten flesh destroyed by the arrow’s poison, before rolling the huge elephant over with a road grader so they could access the second wound on the other side of his body.

It took one hour to treat his wounds, and after administering long-acting antibiotics and a revival drug, the elephant was soon back on his feet. 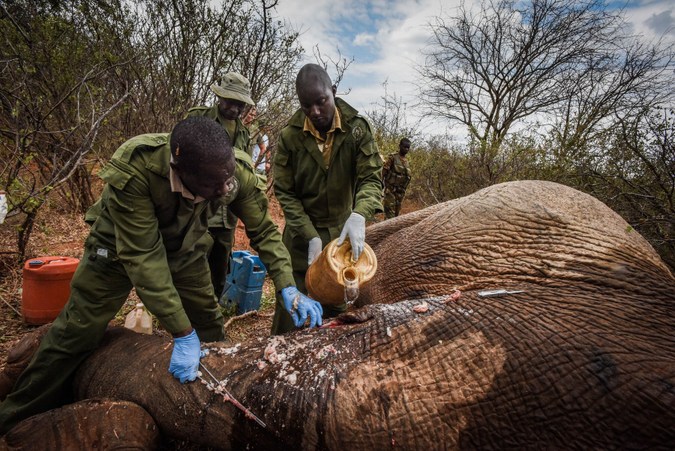 Says Rob Brandford, Executive Director of the DSWT: “Without urgent treatment, this elephant would have died a very painful and slow death. As we celebrate World Elephant Day, we are reminded that every day across Africa, we are losing elephants to poachers and conflict with humans and that every individual matters.”

World Elephant Day, celebrated on 12th August 2018, aims to bring the world together to help elephants and raise awareness of the threats facing the species. An aerial census estimated Africa’s elephant population to be around 400,000 individuals, with 144,000 elephants lost to ivory poaching and habitat destruction in less than a decade. 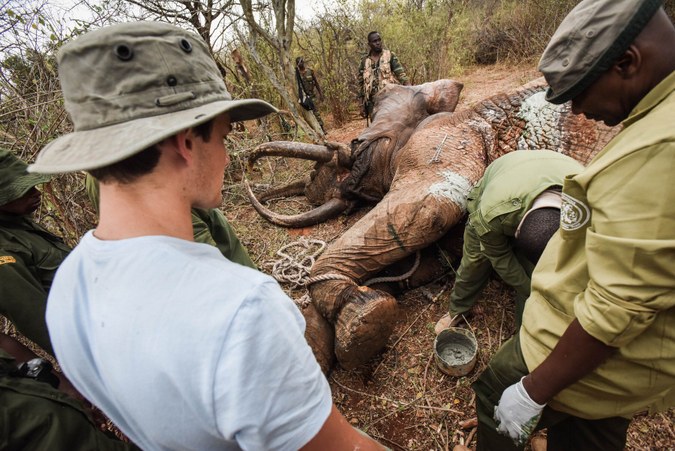 Tsavo National Park is a safe haven for Kenya’s wildlife and home to more than 12,000 elephants – Kenya’s largest single population. Safeguarding this wilderness in support of the Kenya Wildlife Service is The David Sheldrick Wildlife Trust, East Africa’s oldest and most pioneering conservation charity. Their operations, which include de-snaring teams, aerial surveillance and a sniffer dog squad, patrol to stop wildlife crimes in the protected area, prevent habitat loss and work with communities to prevent human-elephant conflict – a growing threat to elephants across Africa. They also operate five mobile veterinary units across Kenya in partnership with the KWS, including in Tsavo.

Arrows and spears can be used to kill elephants for their ivory, but are also used by communities to protect themselves and their property when elephants leave protected areas in search of food. It is unknown how this elephant incurred his injuries.

Adds Rob Brandford: “Humans are the root cause of so many threats facing elephants. Veterinary initiatives are one of a plethora of solutions we have in place to save this magnificent species”. 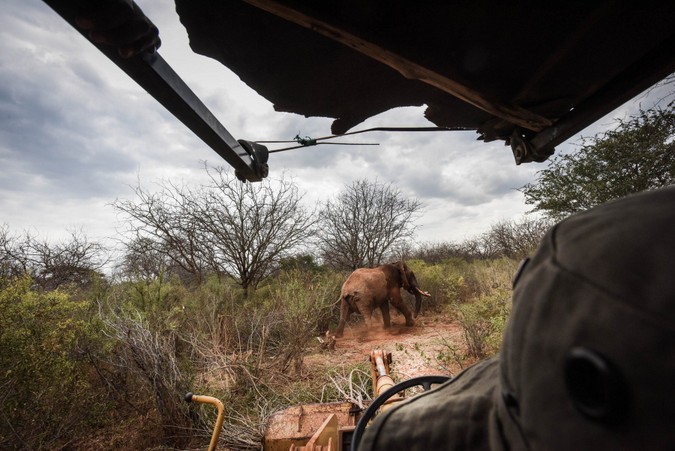