It’s hard to believe that Africa’s beautiful painted wolf (African wild dog) is still stigmatized in spite of its endangered status, but that’s the cold truth about these beautiful, but highly efficient predators with both formal and informal livestock farmers across the continent still regarding them as a pest.

Indeed, in South Africa of old, the painted wolf (its name comes from its latin name, Lycaon pictus) was persecuted, shot and killed with the government rewarding such actions with 5 shillings per animal! Thankfully those days are consigned to the history books and anecdotes of yesteryear and today, here in the Balule Private Nature Reserve, we are always extremely glad to see them, which we do frequently on our game drives. Or even driving along the R40 north of the small town of Hoedspruit which dissects a major portion of their local range! 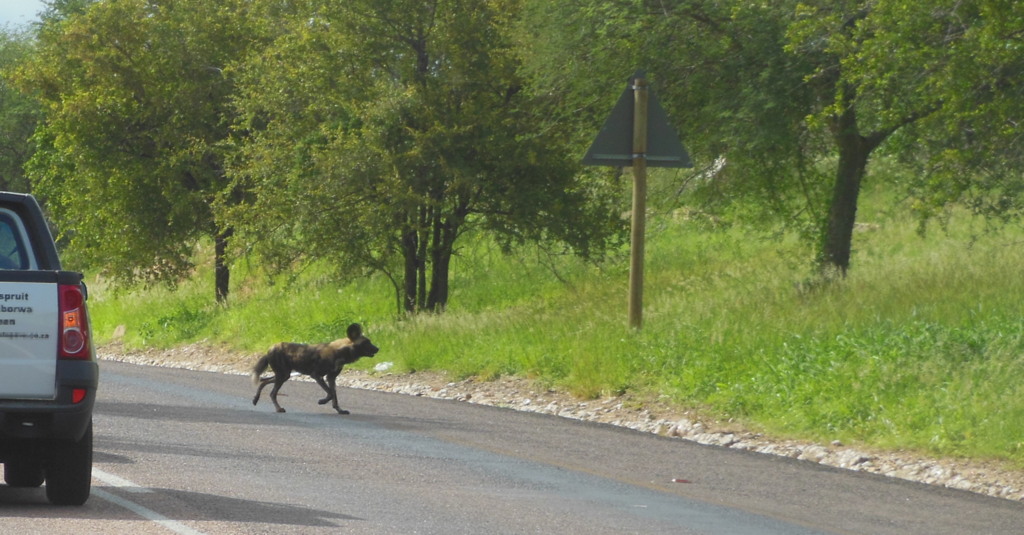 Here at Sausage Tree Safari Camp we are currently spotting a small pack of three painted wolves with seven pups in our area, which are always a special sighting for our guests. The reserve’s research team also recently collared an alpha male in our area, so we are fortunate to be ‘in the thick of it’ when it comes to dog activity.

There is no underestimating the critical role that painted wolves play in the ecosystems they inhabit. Their presence helps to regulate prey species and, as a result, help to shape entire vegetation landscapes. They are Africa’s most successful predator in terms of kill rate, and also its rarest. Their fascinating and intricate social system is also the subject of much research and through this we have discovered that they are one of the few species that actively looks after their sick and old, highlighting an incredible bond that all pack members share.

Packs can be large with up to 30 individuals, but only the alpha female usually breeds, although sometimes (depending on conditions) the beta female will also produce pups, but the alpha female will raise them all nonetheless. The role of the pack is to look after the alpha male and female, with the betas waiting in the wings to step in if the alphas are lost. It’s a strict hierarchy that drives potential new alphas and betas off on their own, splitting large packs to form new, emerging packs. Once they reach maturity it is the males that tend to stay within their family pack, while the females leave to form or join new packs. 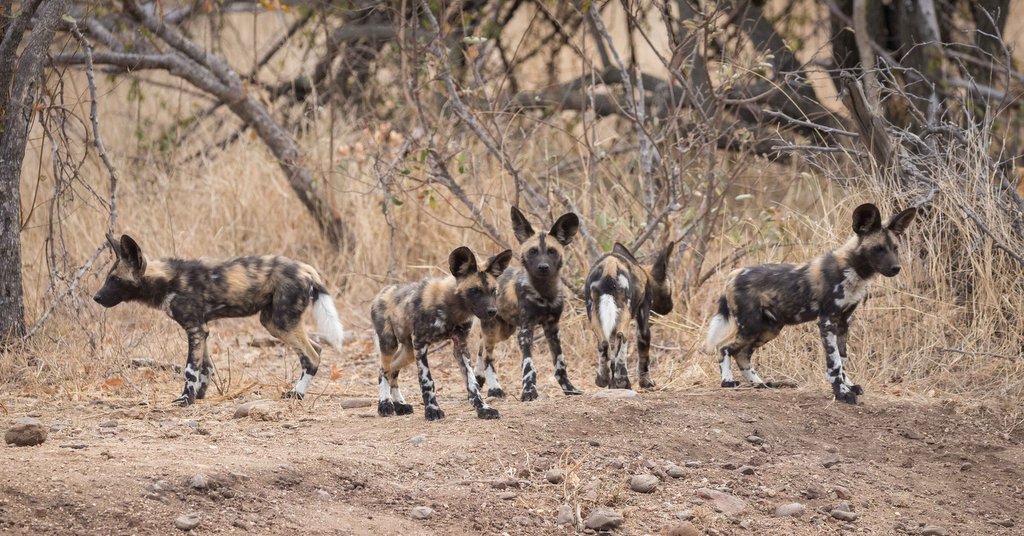 Painted wolves range over huge distances, only staying in one spot when they den and the pups are born. They breed seasonally, with pups being born usually in the dry season when the hunting conditions are at their best. When the pups are ready to eat solid food they are given priority when the pack makes a kill, even over the alpha pair, so that they grow as quickly as possible, enabling them to keep up with the pack and speed up the process of leaving the den site.

It’s been known for a single pack to range over as much as a 1,500 km distance, which is why seeing painted wolves is such a privilege. That is an enormous home range, so let’s put it into perspective: imagine an area the size of Greater London, home to some 7.5-million people. This huge city would only be able to support only one or two packs of painted wolves!

Because of this huge range and their need for space, the loss of habitat is a major concern and perhaps the greatest threat facing the painted wolf.

Fortunately for us, we tend to see them once a month or so, and usually more regularly in summer because of the plentiful prey species – especially impala. Of course, their presence in our area depends on other predator activity and we find that if we are seeing a lot of lion and hyena, painted wolf sightings tail off. 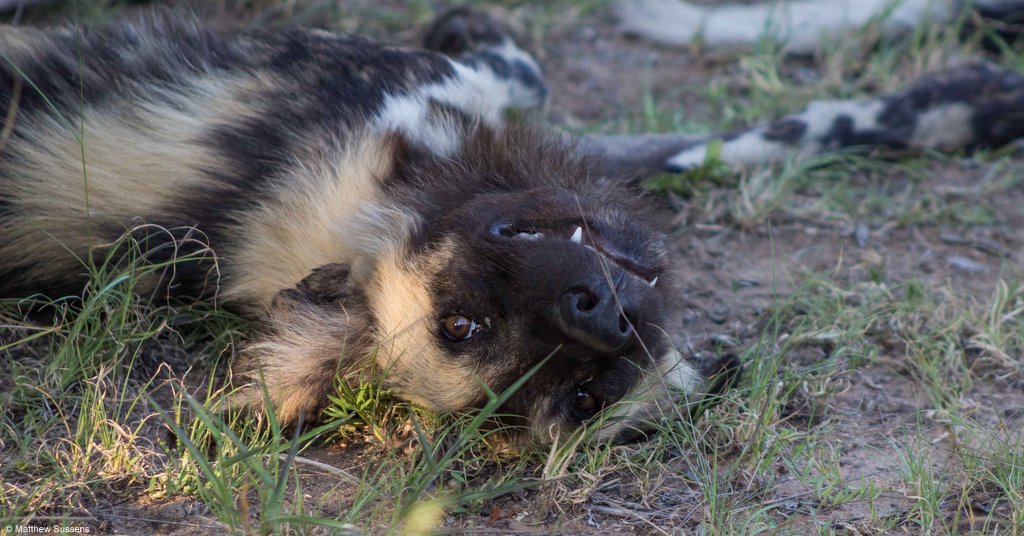 Their coats are something to behold. Each of the spotted, mottled patterns is unique – like a fingerprint. Their large, round ears are perhaps their most distinguishing feature and allow for exceptionally acute hearing that can pick up the calls of other pack members over long distances.

Everything from hares and warthog to impala and kudu is on the painted wolf menu, and they have even been known to hunt larger species such as buffalo –concentrating on the immature and weakened animals, as well as calves. They are exceptionally intelligent hunters and display remarkable hunting strategies that see some members flank prey while others fall behind or take up ambush positions further ahead.

Ultimately, this beautiful, clever canid is part of our wilderness landscape here in Africa and the priority for several large conservation organisations that are working together to secure its future. So the next time you stroke your pet dog, or rub its tummy, think about its African ‘cousin’ out here in the wilds of Africa – our very own ‘wild dog’. 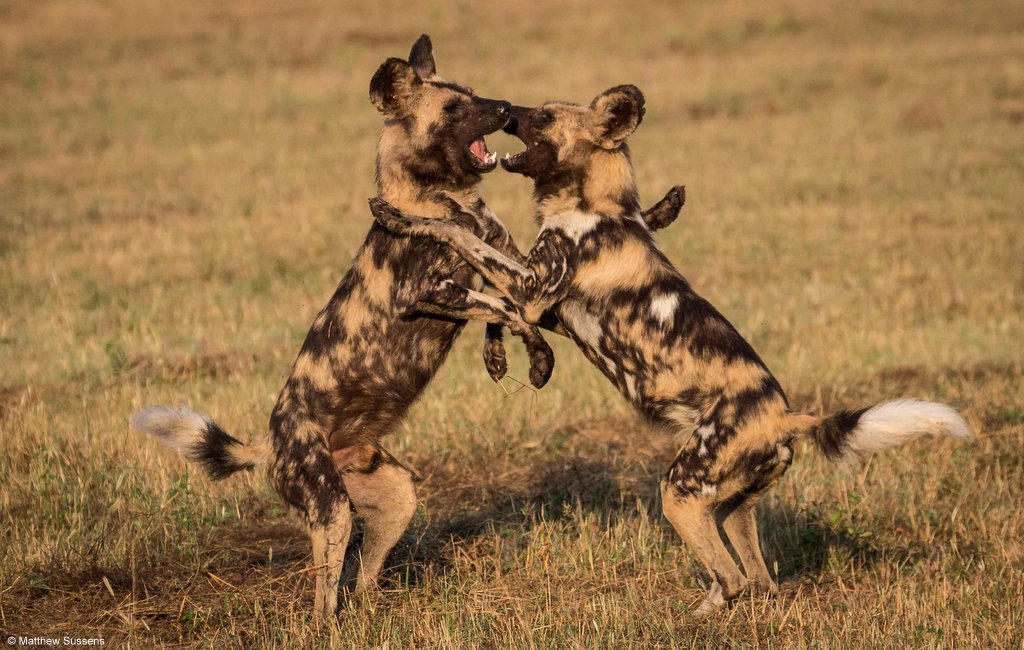