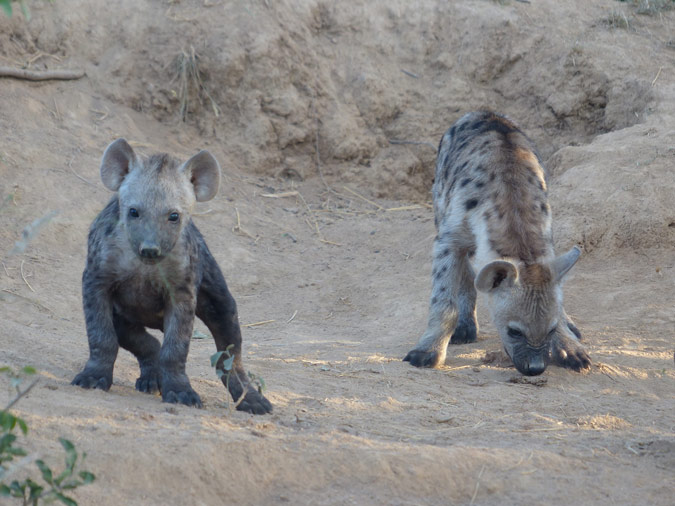 One animal that Africa’s Sausage Tree Safari Camp has become synonymous with is the spotted hyena (Crocuta crocuta). We’ve been lucky enough to have several dens in our traversing area here on the Balule Private Nature Reserve, and have been following one particular female for several years now – through four dennings. Her clan consists of five adults and several sub-adults and cubs, and we often pick up their tracks on our game drives, leading to some great sightings.

Hyena are not everyone’s favorite mammal, which is sad because we think they’re pretty amazing. Perhaps it’s because they look rather odd. With their front legs longer than their hinds legs, and that large and chunky look, they most certainly are not the best-looking mammals in the bush. Add to this the menacing “grin” and jaws that deliver one of the biggest bite forces in the animal kingdom and you have an animal that’s sometimes loathed rather than loved.

Hyena are generally portrayed as the “bad guys” of the bush – just think Shenzi in Disney’s Lion King! That bad reputation is completely undeserved. Far from being snide, sneaky, double crossing scavengers, they are in fact clever and successful predators with an amazingly complex and competitive social structure.

The largest and most widespread of Africa’s three species (the others being the brown and striped hyenas), spotted hyena clans are presided over by a matriarch or alpha female – usually the oldest and most experienced female member of the clan. In this matriarchal society, the females are larger than the males and dominate them physically, so that even the lowest ranked female will be dominant over the highest ranked male! 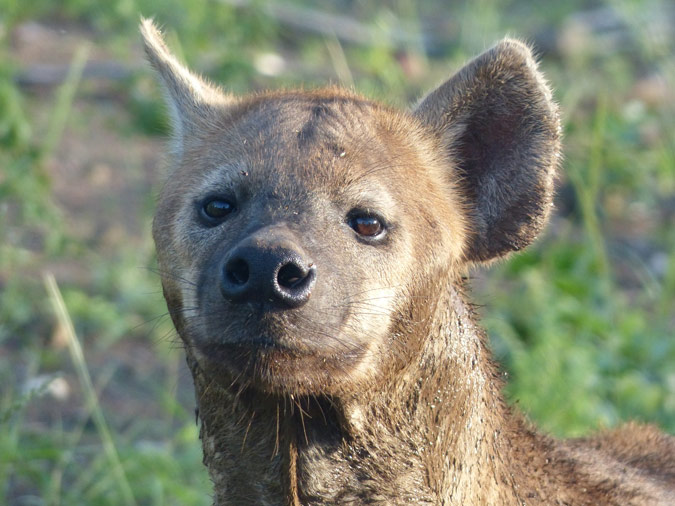 Unlike other carnivorous mammals, spotted hyena cubs are born with their eyes open and with teeth, and will readily attack each other, often killing weaker cubs, especially in same-sexed litters. This behaviour is called neonatal siblicide and kills an estimated 25% of cubs in their first month.

The cubs grow strong quickly, thanks to milk which has extremely high fat and protein content, which they drink for up to 16 months. They can process solid food from three months of age.

Of course, the hyena’s success is dependent on the ongoing competition with their closest rival – the lion. These age-old enemies’ fates are interlinked because they occupy the same ecological niche and are in direct competition with one another, hunting the same prey species. They will also steal each other’s kills. In fact, research has shown that lions steal more from hyena than the other way around, dispelling a common belief that hyena are the “thieves” of the African wilderness. Hyenas often wait in the wings for lions to finish their meal before edging in to take what’s left, although if they have significant numerical advantage they may barge in earlier, to take the main course! Which is one of many reasons why all of us here at Sausage Tree Safari Camp love them, and love showing them to our guests.

Sausage Tree Safari Camp is an intimate, family-run luxury tented camp in the Balule region of Greater Kruger who’s proud to have been consistently rated No.1 in Balule by Tripadvisor. 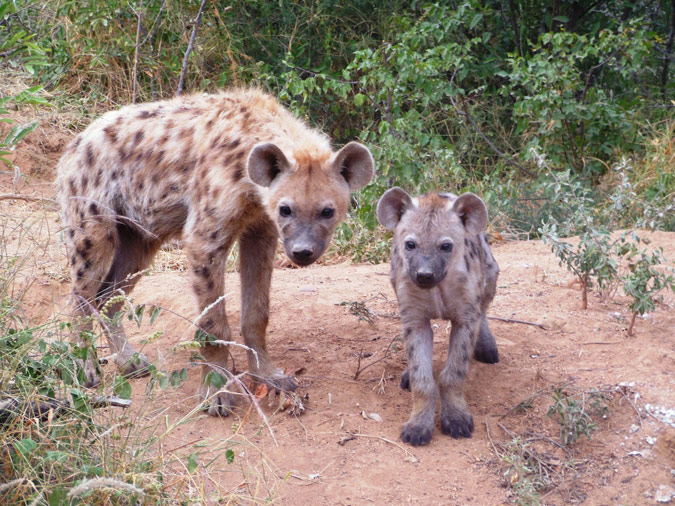